I Got A Feeling 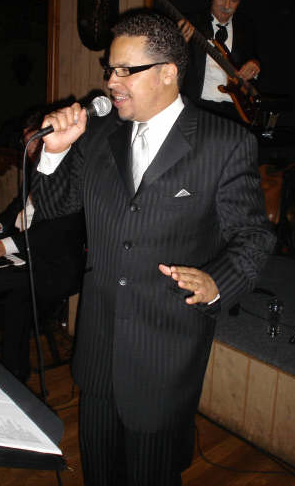 Be sure to tune in and watch Paul Mabin perform on the hit TV show "Empire" as a back up singer in Empire's second series season finale!  You won't want to miss it!

Paul Mabin is a professional band leader, MC, and singer. He has a 3 octave vocal range and is known for matching the timbre and singing style of many well known artists of many genres ranging from Modern Rock,  Alternative Rock, Jazz, R&B, Country, Pop, Hip Hop, Rap and more. Paul has had an extensive professional singing career.  He has toured and sang with renowned artists such as Seal, Jussie Smollett, R. Kelly, The Beach Boys, Chubby Checker, B.B. King and many others. He has also sang on several national TV and Radio Commercials as a SAG/AFTRA member for Kmart, JC Penny, Celebrex, Kraft, Bob Evans, Subway, SC Johnson, McDonald's and more. Today he transitions his musical expertise into creating live music for weddings, private parties and special events! Please contact us to learn more about what the Paul Mabin Band can do for you!